How to Spot an Attack Before it Comes 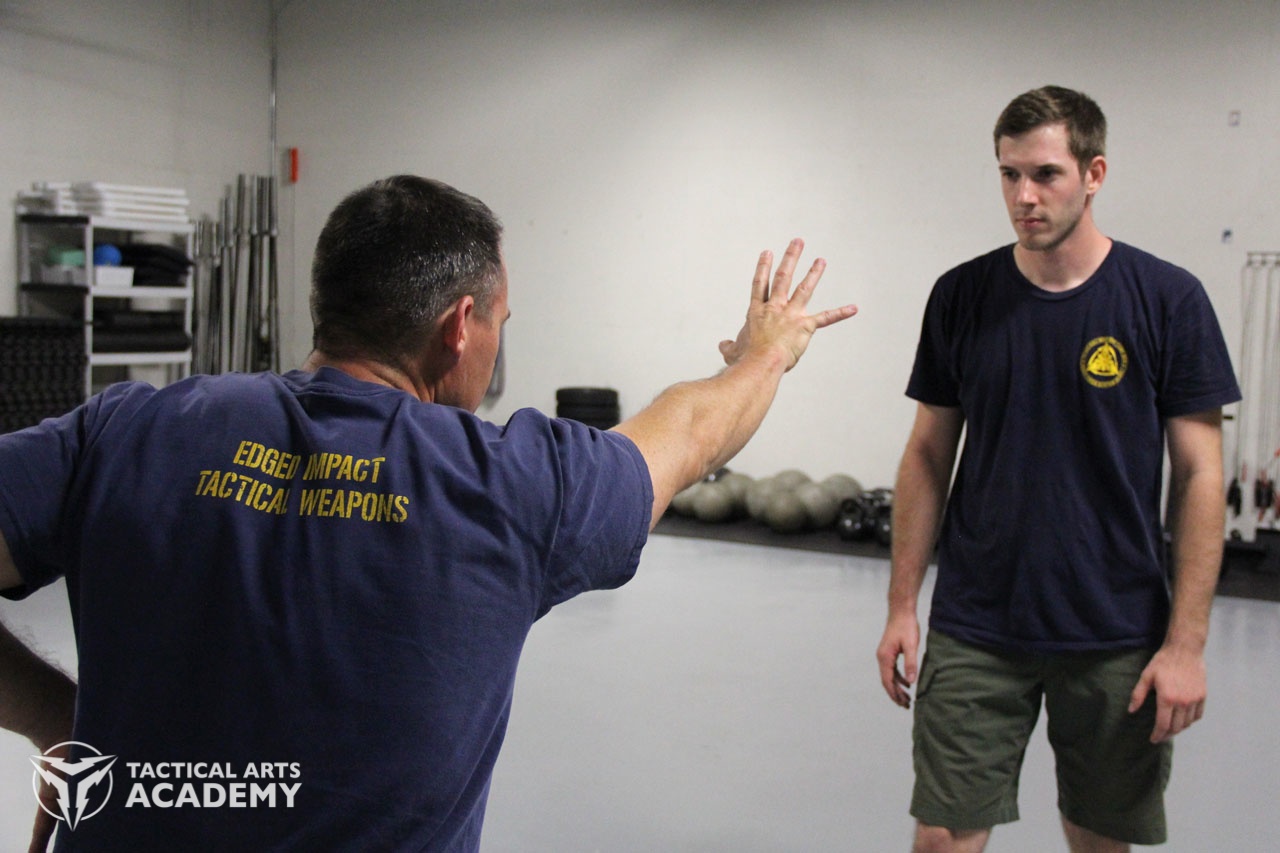 How to Spot an Attack Before it Comes

With a little informed awareness, you can see the future

We need physical techniques to prevail over our attackers, but it may even be more important to have informed awareness skills to perceive a threat before an assault even begins. You need to understand how the offense works. You need to know the typical methods a violent criminal uses in preparing for an assault. You also need to be able to read the behavioral and physiological cues that manifest in any individual who is planning to attack you. Knowing these things will improve your situational awareness and allow you to make a plan of action before the attack comes.

There is a process most criminals go through prior to assaulting their victims. If you recognize this process you can act before you become the victim. Most criminals simply want to get paid. They do not want to be injured in the process. When they are looking for a target, they go through a selection process. They want something that pays well, but also has low risk. If you are selected as a potential target, the criminal may approach you in an effort to further evaluate your potential as a victim and assault you. This may include engaging you in an attempt to get closer, distract you or size up your willingness and ability to resist.

The approach may vary, but it still comes down to the criminal getting closer to you. His approach can range from asking for money, a cigarette, or directions to offering help. He will prey on your conditioning to be polite and follow social norms in order to put you in a position of disadvantage or simply to get close enough to act. He could be trying to corner you in the parking lot, distract you while an accomplice approaches you from behind or lure you away from the vision of witnesses. He does not want to be caught, so even when armed, he will likely need to get very close to you so he can act more discreetly.

You may not have the opportunity to see every criminal approach you, but if you are aware, you should notice when people you do not know approach you. I can not count how many times I have been approached at a gas station by people wanting money, help or who knows what. It’s a very common location and method criminals use to get close to victims. You need to expect and look out for these situations. On a recent trip to the Caribbean, a man stepped in front of my truck, while I was driving in an attempt to “help" me. He told me I was going towards a dead end, and if I would roll down the window and get out my map, he would help point me the right way. Normal people, of any culture, do not jump in front of your vehicle to help you. That was a clear red flag and my cue to get away from him.

You need to recognize when anyone unknown to you is attempting to get closer to you, and you need to be prepared to evaluate and deal with that situation. You need to have a plan for managing potential threats or, as Craig Douglas calls them, unknown contacts. The person approaching may be someone looking to mug you. It may be someone who is emotionally disturbed and unpredictable. Or it could simply be someone who intends no harm and really just needs help. You have to be prepared to stop them from approaching with verbal requests or commands and quickly disengage. You will have to risk being rude to those who are not actually threats, but who behave in a manner that makes you suspect them. Recognizing the approach and the potential pitfalls of your position will help you spot an attack before it happens.

The Gut Feeling and Pre-attack Cues

Sometimes we get a “gut feeling" that something is wrong. It is feels like one part emotion and one part stomachache. When it happens, it is often hard to determine why, but you clearly feel like something bad is about to happen. When you get this gut feeling, do you trust it? You should.

The gut feeling is created when your mind subconsciously recognizes cues that indicate danger is coming soon. These cues are called pre-incident indicators or in the context of a violent encounter, pre-attack cues. Your subconscious mind draws on all your relevant experiences to quickly assess a situation. When enough cues are present, your mind will warn you by creating the feeling that something is wrong. This is a survival mechanism that you should embrace, rather than ignore.

Often, we rationalize why our gut feelings can’t be right. This is bad. The dialogue may be something like this:

"Surely this person would not do anything wrong."

“Nothing will happen in this neighborhood."

"Nobody would do that in front of all these people."

We decide to ignore our gut feelings to prevent looking foolish by taking action before there is evidence to confirm the feeling. Or maybe we just trust people too much. Besides, "he seems like a nice guy.” You should learn to recognize your gut feeling and start paying attention immediately. You may see something that confirms your feeling is correct. Listening to your gut is important, but there is more you can do than just wait for that bad feeling to guide you.

If you learn to recognize pre-attack cues consciously, then you will be able to plan and take action sooner. Pre-attack cues indicate that something is about to happen. You can see them in the attacker’s behavior and in his speech. Some cues may simply indicate he is about to do something violent, others can give you more indication as to what his intent really is. Learning to understand and recognize these cues can give you precious time.

Many of these cues are a result of the attacker displaying anxiety prior to the execution of his attack. The attacker already has a plan to commit the attack. When he starts to mentally prepare for it, he experiences both biochemical and physical changes. As he nears the time to act, he experiences an adrenaline dump that triggers a number of processes designed to prepare him for the fight. In a fight or flight situation, the body requires more oxygen for upcoming action, so his breathing rate will increase. His body will generate more heat and perspiration as his muscles are being primed to fire.

Before he is ready to take action, he may be compelled to move to burn off the extra energy that is building up from the biochemical response he is experiencing. You can watch for those signs. You may see him start sweating excessively or wipe his hands as they become sweaty. His jaw may move as he clenches his teeth. He may swallow excessively or spit because he could be experiencing a dry mouth. His hands or knees may tremble. Other cues you may notice are what is known as grooming. He may wipe his face, touch his nose, scratch his neck or stroke his hair as he tries to mask the building stress. As he ruminates on his upcoming actions, you may see him begin to stare as if he is looking through you. In law enforcement, this is known and the 1000 mile stare and it is a strong indication that the person has mentally committed to attack. He also may shake his head as his internal dialogue angers or frustrates him.

Some of his actions may simply be a manifestation of his plan. If you learn to recognize these cues, you will find that his intentions can become evident in his behavior. He may scan for witnesses, blade his body into a ready position or shift his weight back and drop his shoulder to load for a punch. He may move to your side in attempt to flank you for a better position. You may see him remove his hat or glasses in an act to prevent them from being damaged in his attack. You may see him glancing at your jaw or other target repeatedly as he considers his options for attacking.

Verbal cues will also give you an indication that he is nearing an attack. His speech may become louder and faster and include more profanity. He may use humor out of context as it relates to the future he sees coming soon. Of course, he could also be very upfront and directly tell you he is going to kill you. That is definitely a cue.

With study and proper training you can develop the skills to recognize a potential threat. If you study criminal behavior, you will gain insight into the offense that you are trying to fight. By becoming familiar with typical patterns, you will be able to recognize them early. By learning the cues an attacker may display just prior to an assault, you will have more time to act. This approach will result in a better chance of you prevailing.

You can train to recognize the patterns and cues through self defense scenario training. You can memorize them by reading and watching video, but after that, you should commit them to memory through experience. When you participate in a scenario, you create memories through a more rich experience. Because of this experience, you cement those memories in your database of cues. Also, the experience will have a context. The addition of emotional pressure created in a scenario will help you store these cues as relevant memories. Because of this, you are more likely to access them when you need them most - in a self defense situation.

If you’d like to understand assault patterns, recognize pre-attack cues and learn the other essentials of self-defense, consider joining the Tactical Arts Academy Integrated Self Defense Program. Not only can we can help you in class with the training mentioned above, but we can also help you stay safe with other self defense training.

LEARN ABOUT OUR SELF DEFENSE PROGRAM
Tweet
Tags:
pre attack cues situational awareness self defense
Create Distance and Shoot? Using your gun effectiv...
How to be Mentally Ready for a Violent Attack

Tuhon Leslie Buck is the founder and CEO of the Tactical Arts. Leslie Buck has decades of experience in martial arts, self defense, firearms, combatives, defensive tactics, and fitness training. He holds the rank of Tuhon (advanced master) in theFilipino martial arts, and is a firearms instructor with many certifications. He has consulted as an instructor for the Philippine Armed Forces, the US Army and US Marines. Leslie also teaches law enforcement for many departments both large and small in Texas. With over 31 years of experience, Leslie can help private citizens like you learn to protect themselves and get fit.