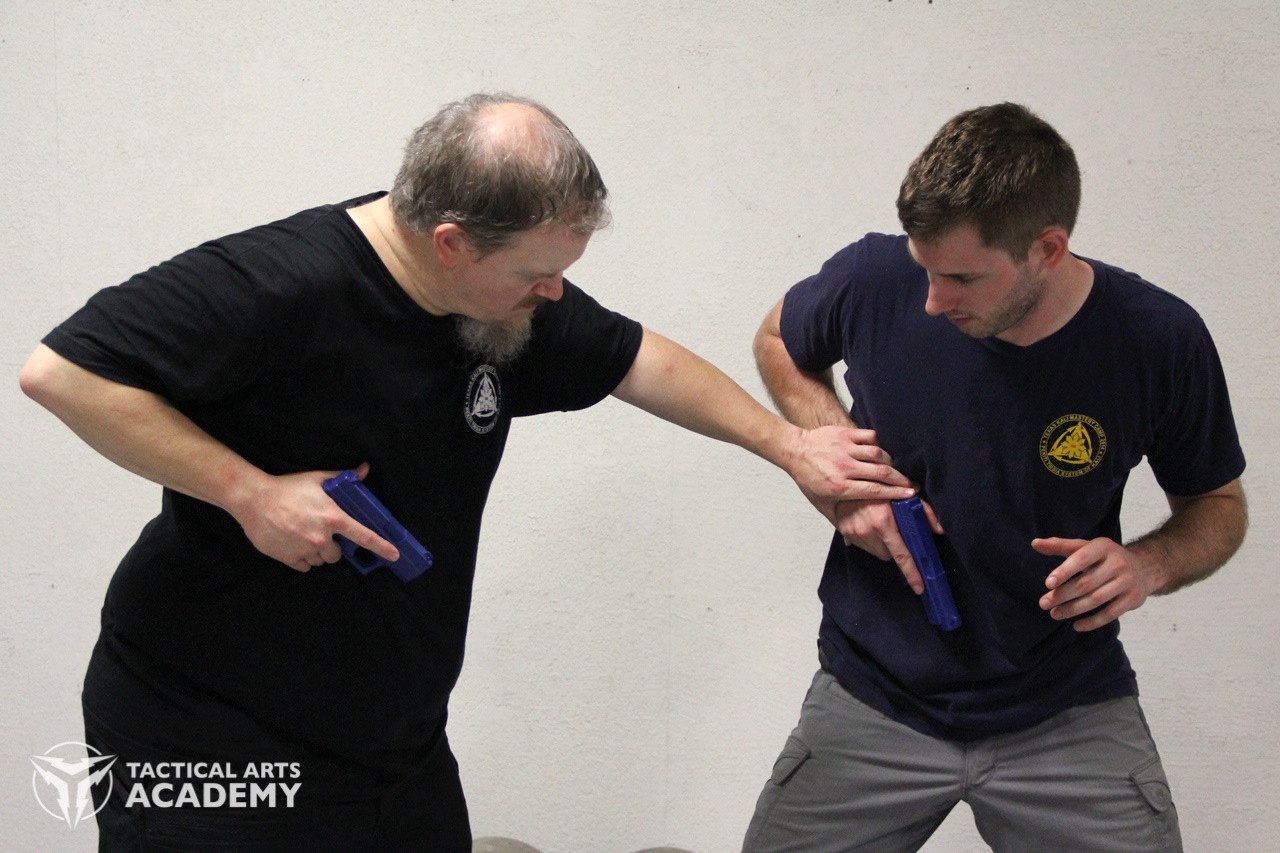 Why following a conventional self defense response can get you killed

In a violent encounter, there are several basic tactics that will give you an advantage.  One is changing the angle of your position relative to your attacker.  This includes getting to the side or back of your attacker or getting more dominant grappling position where he has fewer options.   Another is using stuns to disrupt the attacker’s ability to observe, think and act.  Yet another, is creating distance between you and your attacker.  These are all sound tactics, but if default to them all the time, you may be setting yourself up for failure.  This is especially true of using distance.

Distance is your friend.  When creating distance between you and an attacker, you buy some time.  It will take the attacker longer to reach you.  In that time, though very brief, you can quickly assess the immediate situation, decide what to do and take action.   If your attacker has a gun, you will, at least, be harder to hit.  If you have been practicing your firearms skills properly, then you should be a good shot at distances beyond close range.  If you have any doubt about that, put a priority on training right now.  You want be a better shot than your attacker.

A practical study on fighting ranges

Unfortunately, there are situations wherein creating distance will get you killed.  In the late 90’s, I was part of a study conducted by Lt. Erwin Ballarta, who was then the Defensive Tactics Coordinator for the Texas Department of Public Safety Training Academy.  The study was designed to test what distance a trooper should maintain when making contact with a suspect.  Ultimately, what the study uncovered, are what defensive actions are best as they relate to distance.

The initial study included over 40 defensive tactics and firearms instructors, many of whom had years of experience.  The study consisted of one scenario repeated many times.  In the scenario, the trooper would begin an interview with the suspect as if he just made a stop or contact.  Both the trooper and the suspect were standing. The trooper knew that, at some point, the suspect would draw a gun from concealment and attempt to shoot him.  The trooper was instructed to respond when this happened.  The scenarios were conducted with the suspect and trooper at a variety of distances including 2 feet, 4 feet, 6 feet, 8 feet, 10 feet and 12 feet away.  The scenarios were repeated over and over again giving the participants a chance to watch everyone else and attempt to improve their performance each time. In the study, I was the bad guy.  This role gave me a front row seat to how everyone responded.

I pulled my training gun on the troopers nearly 200 times and every single time, they died.  Why? They knew it was coming, but they clearly lost over and over again.  The problem was that they were trying to out-draw me.  Though I would love to say it was because of my awesome draw stroke, it was simply because action is faster than reaction.  I start first, and they were trying to catch up.

Though the distances ranged from close to far, they never thought to do anything other than to draw their firearms.  It was a gun coming out at them, so they had to draw their own gun.  After everyone’s morale was crushed, and it was clear that this strategy was not going to work, Lt. Ballarta suggested they consider trying to grab or trap the hands of the bad guy before trying to draw their own gun.  The difference was huge.  At close range, the majority of participants were able to stop or redirect my draw and get their own gun out to get shots on me.

The results of the study clearly indicated that when already close, coming even closer was safer.  A response with empty hands first at close range was much better than drawing.  As the study continued, the same drills were conducted on over 100 recruits, many times, over a course of weeks.  At 4 feet or closer, more participants were able to prevail by coming closer than by creating distance.  At 2 feet, they were almost always successful at interrupting the draw and getting a clear advantage.  At 4 feet or more, the results favored creating distance because there was not enough time to close in.

There are several advantages to coming in closer to an attacker when the distance between you and him allows it.

It is unlikely that your gun will be in your hand when the attack starts, but there is no preliminary action required to apply your empty hands.  Many shootings are at close range, so you need tactics and techniques to deal with scenarios similar to the study.  If you are within 2- 4 feet or 1- 2 steps of your attacker, and your gun is holstered, you should probably use your hands first.  If you are further out, past 4 feet, you may want to sidestep out of his immediate line of attack and shoot.  At a longer distance, you may want to run to cover, then shoot.  Or just run to create more distance and shoot.

One of the issues illustrated in the study is a major disconnect in training disciplines.  This disconnectis not only prevalent in the law enforcement community but also that of private citizens.  When firearms training and empty hands self-defense or defensive tactics training is done separately, there is an absence of fluid transitions between the two.  There is a gap, and this gap can be a terrible weakness.  Reactions end up being compartmentalized and this slows response time.

If you want some help developing your close quarters self defense skills, consider joining the Tactical Arts Academy Integrated Self Defense Program.  Not only can we can help you with your close-quarters firearms training, we’ll also help you learn other effective self defense techniques in critical situations.

Click the button below to learn more about our program and sign up for a free visit.  You’ll learn more about Tactical Arts, you’ll have the opportunity to watch our classes in action, and you’ll discover if our training is right for you.

LEARN ABOUT OUR SELF DEFENSE PROGRAM
Tweet
Tags:
self defense close quarters firearms
How to Get the Most out of your Self Defense Train...
How to Spot an Attack Before it Comes

By accepting you will be accessing a service provided by a third-party external to http://www.tacticalarts.com/